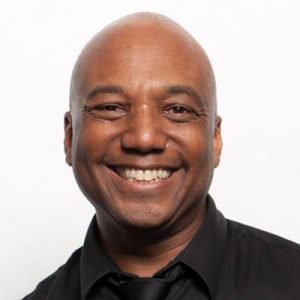 D. Mark Wilson is a Continuing Lecturer in the Music Department of University of California at Berkeley, where he conducts the UC Berkeley Gospel Chorus and Director of Music at Easter Hill United Methodist Church, Richmond, California, and Chaplain-in-Residence at Kaiser Hospital, Walnut, Creek.

He has been a Contra Costa County COVID Crises Counselor with the National Alliance of Mental Illness, a Lecturer in the Department of Sociology Department at St. Mary’s College of Moraga, California and is the former Director of Music at St. Columba Catholic Church, Oakland, California.

He earned his undergraduate degree from Howard University, his Masters of Divinity Degree from Harvard Divinity School and Ph.D. in Sociology from the University of Michigan. In addition to his academic work and scholarship, he has used musical performance to create diversity and global justice in Cuba, Nicaragua and Sri Lanka. He is an African American clergyperson ordained in the American Baptist Churches, USA, the former Senior Pastor of McGee Avenue Baptist Church (Berkeley), where he served for twelve years, and former Assistant Professor of Congregational Leadership at the Pacific School of Religion.

Pastor Mark, as he is affectionately known to church members, is the Bay Area’s first African American Baptist pastor to come out as a gay man in a Bay Area African American Baptist Church and to be welcomed and embraced by the church’s membership. He is also an early leader of the Welcoming and Affirming Movement to affirm LGBTIQ people in the Baptist faith community. As a mentor to Queer youth in the Bay Area, he is a past Youth Program Manager at the San Francisco Bay Area’s oldest LGBTIQ center, the Pacific Center for Human Growth, in Berkeley, California. He is a frequent baritone soloist with the Oakland based Cantare Con Vivo Chorale, conducted by David Morales, and a recent member of the San Francisco Golden Gate Men’s Chorus, conducted by Joe Piazza.

Previous profile LinkDr. Cynthia Chang, RScPNext profile LinkLee Valentine
We use cookies on our website to give you the most relevant experience by remembering your preferences and repeat visits. By clicking “Accept All”, you consent to the use of ALL the cookies. However, you may visit "Cookie Settings" to provide a controlled consent.
Cookie SettingsAccept All
Manage consent