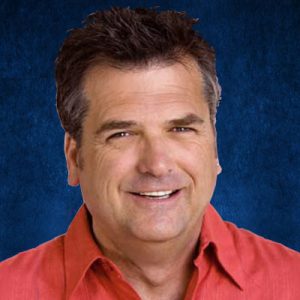 A licensed Agape New Thought/Ageless Wisdom minister and an Agape Licensed Spiritual Practitioner, Gil is a Spiritual student with a drive to see the world in ever expanding circles of understanding. His Spiritual wanderings have included liberal and conservative Christianity, liturgical and charismatic expressions, and service in denominational and interfaith settings.

Prior to coming to New Thought, Gil served in multiple college and youth ministry positions at local, regional and national levels across denominations as well as 7 years serving as minister of New Spirit! United Methodist Church in Northern California during the 1990’s while attending Fuller Theological Seminary.

In 200o Gil was introduced to New Thought teachings through the Agape International Spiritual Center and Dr. Michael Beckwith in Southern California, where he studied becoming a Religious Science Practitioner in 2004 and minister in 2008. Shortly thereafter Gil and his wife, Robyn, moved to the Bay area where Gil served as Assistant Minister at Oakland Center for Spiritual Living.

In 2013 Live Inspired was born. Gil followed his vision to create a new type of Spiritual Community. This vision continues to unfold as both Gil and Robyn speak at various Spiritual Centers and conferences, teach classes, and lead powerful events for Practitioners, laity and leadership.
For the last two years Gil has also been offering his leadership to BANTER, Bay Area New Thought Evolving and Rising, a vehicle for multiple New Thought centers to connect in community and to create a way to reach into the larger community more effectively together.

Gil brings his broad experience leading groups, developing teams, teaching, management, and speaking to all that he does. Most of all, Gil brings his sincere desire to grow and share his heart in ways that can support anyone walking this path as a fellow-learner.

Rev. Gil currently serves as the Director of the East Bay Youth and Family Ministry.