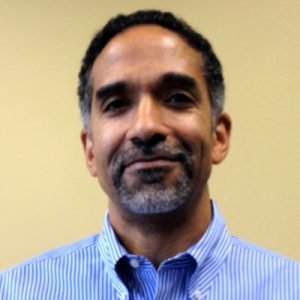 Lee Valentine was recently elected to his second term as Co-Chair of the Centers for Spiritual Living Member Council. This council serves as a liaison between CSL lay members and CSL leadership. Since joining the Member Council in 2018, Lee has participated in or led a variety of initiatives to help this group accomplish its mission of being “a resource that engages individuals and ignites, strengthens, and supports spiritual community growth.” These include the recent project to create CSL’s first mobile app for daily affirmations.

Lee relocated to the East Bay from Atlanta just before the pandemic in late 2019. He joined the Spiritual Living Center of Atlanta in 2005 and served that spiritual community in various ways over the years. This included a 4-year term on the Board of Trustees, with the last 2 years as President. He also had the opportunity to deliver the Sunday message at SLCA on four separate occasions. He remains a member of SLCA while he searches for his new spiritual home.

An engineer by education, Lee graduated from the United States Air Force Academy and spent 11 years on active duty in the Air Force. Since then, he has worked as a management consultant in various industries and he has been self-employed for most of the last 20 years.

He is also an avid snow skier and he serves on the board of the National Brotherhood of Skiers.

Lee enjoys being a student of New Thought. And, although he is not a licensed Practitioner, he does consider himself a practitioner (with a lower case “P”) of our teaching through his daily interaction with those around him.

Previous profile LinkRev. D. Mark WilsonNext profile LinkEugene Holden, RScP
We use cookies on our website to give you the most relevant experience by remembering your preferences and repeat visits. By clicking “Accept All”, you consent to the use of ALL the cookies. However, you may visit "Cookie Settings" to provide a controlled consent.
Cookie SettingsAccept All
Manage consent