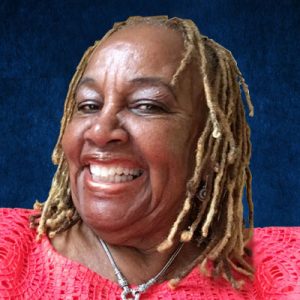 Badia and her family were members of Apostolic Home Assembly, a Pentecostal church in Los Angeles. At the age of 14, Badia realized something within her was crying out for more understanding of who and what she was. She began asking for clarity from the church elders about the Bible but was told by them to just take the Bible word for word, which caused her to lose faith and just go through the motions. At age 17, she began teaching Sunday School to pre-teens and she loved it. Although she did not follow the rules of the Pentecostal church, she had a strong faith and belief in God and a desire to serve. As a young adult, Badia was introduced to Islam. It felt right and she became a Muslim. She took to Islam with the same enthusiasm with which she took to Christianity. “There is only one God that is in and through all things”. This felt like the truth to her.

About thirty-five years ago, Badia walked into a New Thought church. It felt like home to her and spoke to her spirit in a way she had never heard before. They said things she had always thought about but could never articulate into words. After joining East Bay Church of Religious Science, she became a licensed practitioner. In 2010, Badia accepted the calling to become a minister and enrolled in the Barbara King School of Ministry.

Badia has over twenty-five years of experience as a family counselor, and fiscal administrator for non-profits; is also experienced in finance, and proposal writing. She has served as chairperson for Season for Nonviolence in Oakland, CA and in Marietta, GA, and founded Women’s Breastfeeding Support Group.

Badia has four children and seven grandchildren. Her son is a board-certified surgeon specializing in Urology. In 2018, Badia Cooper was ordained as a Minister by the Barbara King School of Ministry.

Previous profile LinkReverend Gil OlmsteadNext profile LinkPrecious Green
We use cookies on our website to give you the most relevant experience by remembering your preferences and repeat visits. By clicking “Accept”, you consent to the use of ALL the cookies.
Cookie settingsACCEPT
Manage consent