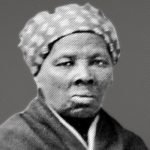 Harriet Tubman (born Araminta Ross, c. March 1822 – March 10, 1913) was an American abolitionist and political activist. Born into slavery, Tubman escaped and subsequently made some 13 missions to rescue approximately 70 enslaved people, including family and friends, using the network of antislavery activists and safe houses known as the Underground Railroad. During the American Civil War, she served as an armed scout and spy for the Union Army. In her later years, Tubman was an activist in the movement for women’s suffrage. 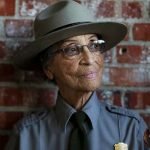 Betty Reid Soskin is a ranger with the National Park Service, assigned to the Rosie the Riveter/World War II Home Front National Historical Park in Richmond, California. At age 99, she is the oldest National Park Ranger serving the United States. In February, 2018, she released a memoir, Sign My Name to Freedom. 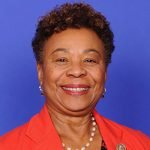 Barbara Jean Lee is an American politician serving as the U.S. Representative for California’s 13th congressional district. Now in her 12th congressional term, Lee has served since 1998, and is a member of the Democratic Party. The district is based in Oakland and covers most of the northern part of Alameda County.

Lee is a former Chair of the Congressional Black Caucus (2009–2011) and the current whip and former co-Chair of the Congressional Progressive Caucus (2005–2009).She is the Vice Chair and a founding member of the LGBT Equality Caucus. Lee has played a major role in the antiwar movement, notable for her vocal criticism of the Iraq War and for being the only member of Congress to vote against the authorization of use of force following the September 11 attacks.

Angela Yvonne Davis is an American political activist, philosopher, academic and author. She is a professor at the University of California, Santa Cruz. She is the author of over ten books on class, feminism, race, and the US prison system. Davis studied French at Brandeis University and philosophy at the University of Frankfurt in West Germany. Studying under the philosopher Herbert Marcuse, a prominent figure in the Frankfurt School, Davis became increasingly engaged in far-left politics. Returning to the United States, she studied at the University of California, San Diego, before moving to East Germany, where she completed a doctorate at the Humboldt University of Berlin. After returning to the United States, she joined the Communist Party and became involved in numerous causes, including the second-wave feminist movement and the campaign against the Vietnam War. 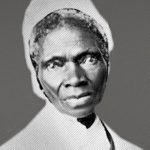 Sojourner Truth, born Isabella “Belle” Baumfree (c. 1797 – November 26, 1883) was an American abolitionist and women’s rights activist. Truth was born into slavery in Swartekill, New York, but escaped with her infant daughter to freedom in 1826. After going to court to recover her son in 1828, she became the first black woman to win such a case against a white man. During the Civil War, Truth helped recruit black troops for the Union Army. After the war, she tried unsuccessfully to secure land grants from the federal government for formerly enslaved people (summarized as the promise of “forty acres and a mule”). 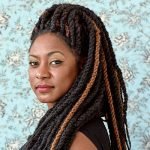 Alicia Garza is an American civil rights activist and writer known for co-founding the international Black Lives Matter movement. She has organized around the issues of health, student services and rights, rights for domestic workers, ending police brutality, anti-racism, and violence against transgender and gender non-conforming people of color. Her editorial writing has been published by The Guardian, The Nation, Rolling Stone, and Truthout. She currently directs Special Projects at the National Domestic Workers Alliance and is the Principal at the Black Futures Lab. 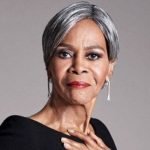 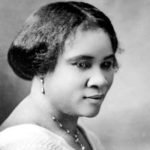 Madam C.J. Walker (born Sarah Breedlove; December 23, 1867 – May 25, 1919) was an African American entrepreneur, philanthropist, and political and social activist. She is recorded as the first black female self-made millionaire in America in the Guinness Book of World Records. Multiple sources mention that although other women might have been the first, their wealth is not as well-documented.

Walker made her fortune by developing and marketing a line of cosmetics and hair care products for black women through the business she founded, Madam C. J. Walker Manufacturing Company. She became known also for her philanthropy and activism. She made financial donations to numerous organizations and became a patron of the arts. Villa Lewaro, Walker’s lavish estate in Irvington, New York, served as a social gathering place for the African-American community. At the time of her death, she was considered the wealthiest African-American businesswoman and wealthiest self-made black woman in America. 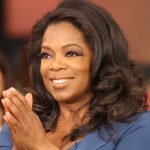 Oprah Gail Winfrey is an American talk show host, television producer, actress, author, and philanthropist. She is best known for her talk show, The Oprah Winfrey Show, broadcast from Chicago, which was the highest-rated television program of its kind in history and ran in national syndication for 25 years from 1986 to 2011. Dubbed the “Queen of All Media”, she was the richest African American of the 20th century and North America’s first black multi-billionaire, and she has been ranked the greatest black philanthropist in American history. By 2007, she was sometimes ranked as the most influential woman in the world. 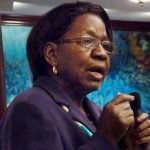 Betty Reed is a Democratic politician who served as a member of the Florida House of Representatives from 2006 to 2014, representing the 59th District from 2006 to 2012 and the 61st District, which included downtown Tampa in northern Hillsborough County, from 2012 to 2014. She attended National-Louis University, where she received a degree in behavioral science. Following graduation, she owned a small sandwich shop in Ybor City during the 1980s. She then started working for Remington College, where she was an assistant to the president, the director of financial aid and financial assistance, and then the director of career services. Additionally, she served as the President of the Lucy-Dell Civic Association and the Associate Director of the North Tampa Chamber of Commerce. 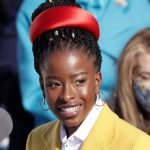 Amanda S. C. Gorman is an American poet and activist. Her work focuses on issues of oppression, feminism, race, and marginalization, as well as the African diaspora. Gorman was the first person to be named National Youth Poet Laureate. She published the poetry book The One for Whom Food Is Not Enough in 2015. In 2021, she delivered her poem The Hill We Climb at the inauguration of U.S. President Joe Biden. Her inauguration poem generated international acclaim, stimulated her two books to reach best-seller status, and earned her a professional management contract.

We use cookies on our website to give you the most relevant experience by remembering your preferences and repeat visits. By clicking “Accept”, you consent to the use of ALL the cookies.
Cookie settingsACCEPT
Manage consent